What is BoxHead? & Who is the man behind the brand?

Mr. Elisha Glass is a multi-hyphenate, model-teacher-trainer-designer living and thriving in New York City. Of his many talents and titles, Elisha created the BoxHead Fashion & Entertainment brand.  Elisha says that Boxhead was a nickname he was given when he was a child.  Although he originally didn’t care for the name, he found a way to re-purpose it.  He decided to dedicate the name to his brand because it fits what he wants it to represent. Elisha, declares that BoxHead in its entirety is inclusive and diverse, it’s all about not letting labels or titles box you in. You the consumer get to dictate what you are and who you want to be. Let Mr. Glass sum it up, “BoxHead is your choice” and by the various styles the brand presents, you can choose to be whomever you want on any given day.

To find out more about Elisha and his brand, check out our latest episode.

Episode-29- More than a Model with Elisha Glass

Want more of the BoxHead brand?

Listen to our interview with Elisha and get the full scoop of this truly talented individual.

Check out both Elisha and the BoxHead brand pages below!

Anyone who is interested fashion that wants to elevate their knowledge, enrolls in fashion school. This episode we chat with an extremely talented fashion design student, Emily Colquhoun.  Emily’s design aesthetic is monochromatic using nudes and earthly tones.  She pulls inspiration from some of her favorite designer’s like Jacquemus, LaQuan Smith and Dion Lee to name a few.

Emily points out the struggles as a fashion design students face when not being taught how to design for plus size womenswear.  As plus size fashion grows, the market is being more open to size inclusive products.  Many fashion schools are embracing plus size fashion in their curriculum but not making it mandatory.

Emily gives us her perspective on how pursuing fashion is helping her hone in her skills. As well as the pros and cons on finding her place in the world of fashion and where she sees herself after she graduates.

Want to Check out Emily's designs? Want to shop her the brand? Check out the links below The talented and innovative women from the luxury eyewear brand, Vontélle has been added to our designer thread series. Ms. Tracy Green and Ms. Nancey Harris started the Vontélle brand out of necessity. They both lost a pair of expensive frames they needed to replace, but were not happy with the selections available. They noticed that none of the brands carried ethnic and stylish offerings in eyewear. Tracy suggested to Nancey that they should start their own brand and fill in the gap in the market. They developed a brand which appealed to their style while simultaneously giving a nod to their heritage.

This is where Vontélle the brand was created. Vontélle is Tracy’s middle name and when translated from French means, “There she goes”, or “you go”. They recognized that eyewear is not only an extension of your wardrobe, but as a necessity for those that need to wear prescription frames. One of the most innovative factors of the line is Vontélle’s insurance replacement program. They offer a one-year/one-time replacement warranty from the purchase date if lost, damaged, stolen or broken.

Knowing how important eyewear is, they have collaborated with WIN (Women In Need). WIN is the largest shelter and housing provider in New York City. Vontélle provides proceeds and eyewear to women and families in need. Also, they partnered with optometrists to offer annual visits to housing facilities to offer free eye exams. This further illuminates their dedication to bringing awareness to the inequalities in health care in communities of color.

To find out more about the dynamic ladies of Vontélle, listen to our latest episode

Want to know more about Vontélle? Want to shop the brand? Check out the links below 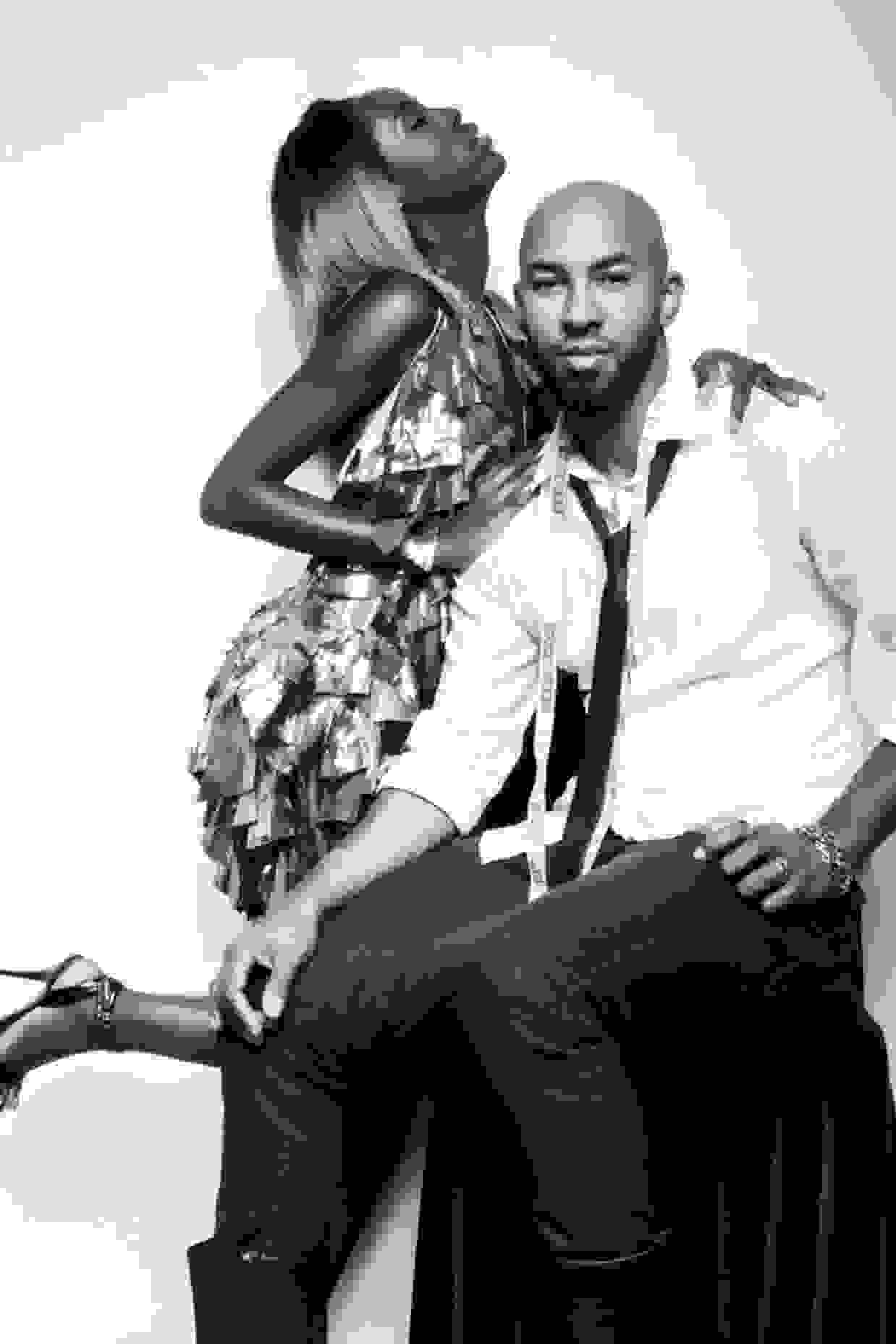 The latest designer added to our thread is the very talented Edmond Newton. Mr. Newton designs very alluring, evening, wedding, special occasion gowns and other custom designs pieces.  He was born in Ohio and raised in South Carolina, he found his love of design in his youth from his parents.  Edmond did print modeling as a teenager but felt that he had a higher creative calling.

He later moved to Atlanta and embraced fashion as a career of choice.  Edmond opened his atelier where he created labels “Edmond Newton” and “NoirSoul”.  He knew that he wanted to expand his brand and get his name out to the masses.  Mr. Newton appeared on fashion reality shows such as Project Runway (season 14), Project Runway: All Stars (season 6) “Fashion Star” (season 1).

We are catching up with him and finding what he has been up to creatively since the fashion reality shows.


Want to know more about Edmond? Want to shop his brand? Click the links below 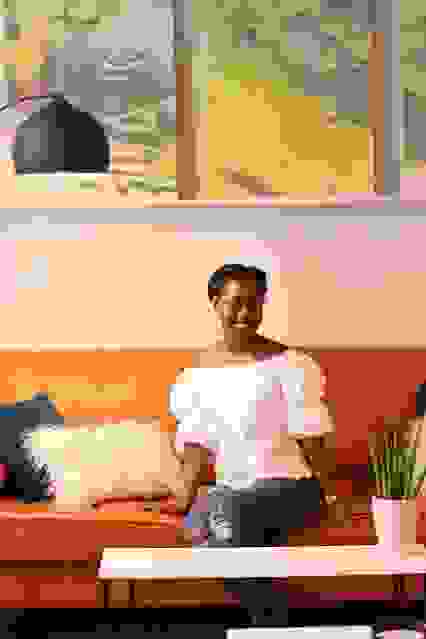 Sustainable & Fashionable Products for your Home.

In a time where we are all trying to practice self-care, connecting with nature is one of best ways to help. Nature based self-care helps reduce anxiety, stress, and depression.  Also, bacteria found in plant life has been known to helped boost the body's  immune system.  In order for us to continue to use nature as a self-care benefit we have to protect the environment.

Being sustainable doesn’t have to be an overwhelming process, you can start very small and at a low level. We speak to Chanel Ford, creator and master artisan of, “\HAUS\ A Home” to give us ways to create a sustainable home.  Chanel believes many of us are being sustainable without realizing it.  For example, if you recycle, sort waste products properly or using a reusable water bottle you are being sustainable.  If you want to bring your level of sustainability up a notch, you can integrate products into your home little by little.

Buying sustainable products doesn’t mean that they will not be fashionable.  Chanel's brand, “\HAUS\ A Home” sells some the most fashionable candle jars that will mix with any home aesthetic.  She also showcases ways to stage the candles within your home décor on the brands social media platforms.  If you also want to know more about how to be sustainable, you can visit her blog on the "\HAUS\ A Home" website.


Want to start integrating sustainable products into your home? Shop \HAUS\ A Home. 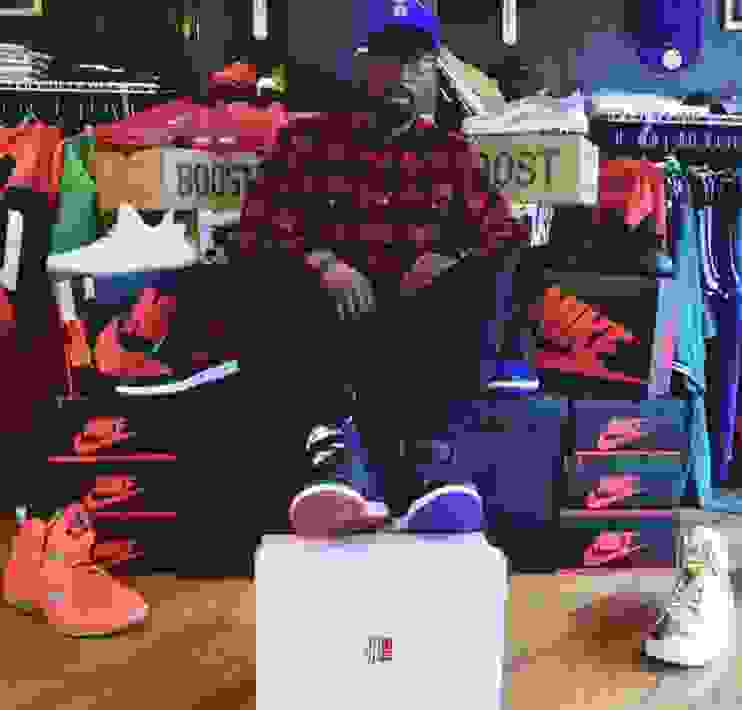 Sneaker culture is a phenomenon that is grown in popularity each day. It started with many collecting signature sneakers, from the driving influence of basketball and Hip-Hop stars. Those who aspired to be like their idols, began to dress like them. This birth the term “SneakerHead”.  A sneakerhead is a person that acquires, collects and trades sneakers for status or street credibility. The are extremely knowledgeable in the history of sneakers and they can spot the difference between real and fakes.

Being a sneakerhead has become far more than a hobby, today it can lead to a booming business. There are various online reselling sites, ranging from top tier such as;  StockX, Fight Club, Stadium Goods.  Along with the tried and true EBay, Mercari, and Offer Up, which gives sneakerheads countless way to unload and flip merchandise. They prices will vary based on popularity, rarity, and other selling trends.

We caught up with Ian Higginson founder and owner of Lucky Laced, a sneaker boutique established in 2010.  Ian inherited his affinity of sneakers from his father, Terrence Higginson.  His love of sneakers started before he could spell the word.  In 2016, Lucky Laced opened its first retail location in the heart of Williamsburg, Brooklyn.  Lucky Laced is an exclusive sneaker consignment shop that sells everything from the classics like  Air Force One to the hyped Off White's.  Ian believes that, "Sneaker culture connects many people from different walks of life together".

With the way sneaker culture has been popularized by mainstream media, he isn't wrong.  Brooklyn Museum held an exhibit called “The Rise of Sneaker Culture” in 2015.  This year the multi-talented Lena Waithe produced show on Quibi titled, “You Ain’t Got These” and Netflix developed a comedy series called, “SneakerHeads”.  Check out our new episode to get Ian perspective on sneaker culture.

Episode 15:  The Soul of Sneaker Culture with Ian Higginson 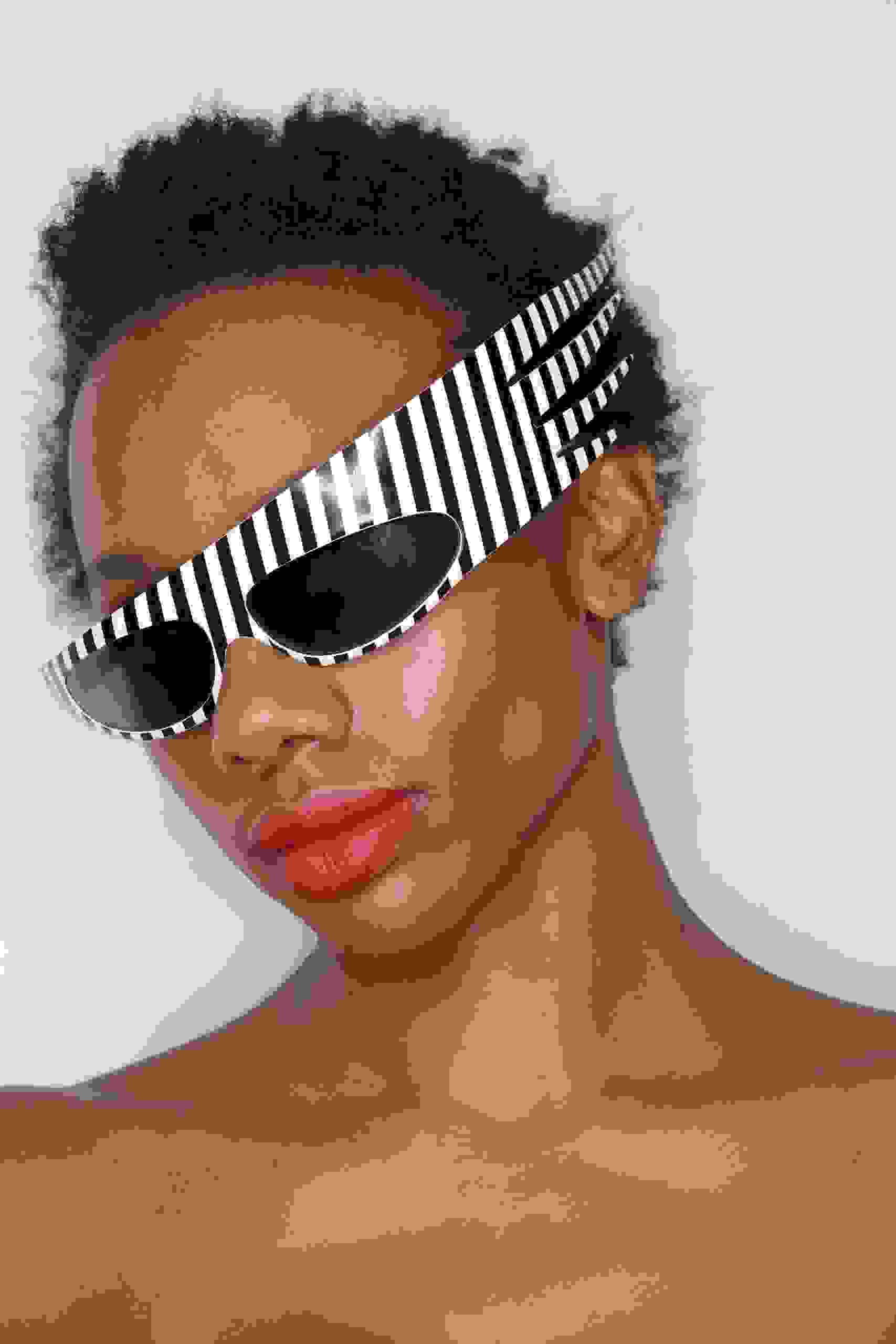 There is Value in Vintage!

To find out why we believe there is value in vintage, we reached out to vintage veteran Melissa Carter.  Her love of vintage dates back to her younger years in Chicago.  Melissa expanded this adoration for thrifting by opening her own shop in New York back in '08, called Worn Revolution.  After a few years she decided to pivot from store ownership to working in corporate retail.  This is where she later merged her affection for vintage with her new career in luxury.

With the demand and social media online shopping has become more and more popular.  This year online shopping went from being popular to being necessary.  The world has been hit by a pandemic and non-essential businesses were forced to shutter their doors. This led many retailers and fashion stylist to become creative by presenting a shopping experience that is virtual.

Melissa created a space where viewers can shop her finds live online.  This shopping event is called “Friday Night Style Live” (FNSL).  This experience isn’t just her just posting clothes and showing items, she becomes a model in real time and does it with flair.  Trust us, you have never experienced shopping like this before!

Listen to our latest episode and find out why Melissa believes that there is value in vintage.

Episode 13:  The Value of Vintage with Melissa Carter

Want to be a part of Friday Night Style Live or shop with Melissa? Click the links below.

Many people believe that stylist are only for celebrities and high spending clientele, which isn’t true.  Personal stylists are extremely important when it comes to helping someone present a particular image they need to portray.  They help their clients by enhancing their look with classic pieces and current trends.

Meet Jamie Cataldo, she is a stylist and sales manager with 15 years of experience in the fashion industry.  She graduated from Pace University with a degree in Communication and Marketing.  Ms. Cataldo, has been working for Nordstrom for the last 13 years, primarily in regional merchandise management roles and personal styling.  Jamie is currently virtually styling through her social media page.  Listen to our latest episode and get Jamie's perspective on why everyday people may need to contact a stylist.


Want to be virtually styled by Jamie?